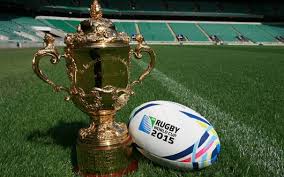 At the outset let me just say it’s all in the name of work, but I had the chance to go to the Ireland v Italy game in the 2015 Rugby World Cup at Queen Elizabeth Olympic Stadium, London last week and I must say that as an event it was extremely well organised (and of course the weather helped).

But it is from the perspective of how the whole event was organised, and the use of up to date communications and online technology that I thought I’d pen these few words this week.

For the first time ever an event of this scale can be completely controlled and managed from an online platform. The fact that I didn’t see one ticket tout during my trip confirmed the organise’s success in this area, and the ongoing ticket sales platform through the RWC2015 website ensures that the touts have been completely sidelines – and, whilst the ticket prices for the games are relatively expensive, at least attendees only pay the cover price for their particular seat they choose to purchase.

From the moment I subscribed to World Cup 2015 more than a year ago I have had regular personalised and targetted communications from the organisers.

This had the effect of making me, and I’m sure the hundreds of thousands more, feel as if we were part of the action.

Simple subscription techniques allowed for the personalisation of correspondence – no longer is it necessary to purchase newspapers, listen to the radio or watch TV to be informed. That’s not to take way from the enjoyable experience of reading insights and opinions as offered by the mass media organisations, it’s just that you can now enjoy a more personalised experience with specific information sent directly to your device of choice.

The twelve month build-up by e-mail and the App was nicely paced to avoid being viewed as spam and was particularly effective in giving a week by week or month by month overview of the actions that were being taken as the kick-off to the tournament approached.

On match day itself, the design, feel and effectiveness of the Fanzone adjacent to the stadium was excellent.

Attendees were shepherded to these designated areas in the hours before kick-off where they could watch current games on the big screen, enjoy food or drink without excessive queuing and even purchase event specific merchandise in a well laid out and structured environment.

Once again, technology played its part in the Fanzone areas with the clarity of the large screens for outdoor viewing (even on a very sunny day) and of course the regular reinforcement of how to social share – hashtags et. al. as people wished.

Traditionally, other than pub and office talk, once a game was over that was it… but now, thanks to Social Media the conversation continues for hours and indeed days after the event.

The 2015 Rugby World Cup have been particularly effective in generating and in encouraging the conversations long after the games were ended, and also using their very sophisticated measuring systems they continue to analyse comment and feedback to allow them make any adjustments that may be necessary to improve the enjoyment of all fans.

Once can’t help but wonder what improvements and technological changes will take place over the next four years in advance of the 2019 Rugby World Cup in Japan – one of the most tech savy nations on the planet.

What ever the future holds I have to say well done to Rugby World Cup 2015 – you certainly provided a most enjoyable, well managed and interactive experience – all of which made the trip a truly memorable one for this fan.